Your Partner in Horse Health

NZQA Certificate in Adult Learning and Development of Training

Selecting the right feeds and supplements for your horse can be confusing.

The market is saturated with products all claiming to be the right solution for your horse. You can spend hours researching possibilities giving yourself a headache and getting no closer to a solution. If you do make a decision you are often left wondering whether it was the right one.

Instead of having one brand range to choose from - I have them all. That way I don't recommend what would just 'do the job', I recommend what will do optimally satisfy your horses nutritional requirements.

Take me to the feed store with you! It’s one of my favorite places
Seriously, I often go in person or virtually with my clients to the feed shop, I can tell you what feed or supplement will deliver what YOUR horse needs! I won’t let you waste your hard-earned $$, I will give you clarity about what you are buying.

Real World Advice backed by Up to Date Research

I aim to help people like you cut past the glossy product images and provide you with clarity about feeding horses. I want to provide the best possible advice in the simplest form that people can apply immediately.

Peace of Mind from Wise Spending

My purpose is to help you achieve the peace of mind that comes from knowing that you are spending your feed dollars wisely and that your horse’s diet is optimal for his needs.

I take the time to listen and gather comprehensive information about your horse and in combination with my professional, academic and practical nutrition expertise I offer individualized advice that is right for you.

& a Lifetime of Observation

As a fellow horse owner, I have been in the same situations as most of us here in NZ. I too have had horses with health issues such as metabolic problems, laminitis, and colic.
I too have felt that devastating helplessness that comes with watching your beloved horse suffer and just knowing that there must be solutions to prevent these issues rather than ringing the vet in the ambulance at the bottom of the cliff scenario!

This is why I sought more education and knowledge of horse nutrition, and why I want to share it with you. My equestrian passion has guided me through 12 + years of university education where I qualified in the areas of equine nutrition and herbal medicine.

My recommendations are specific, founded in solid scientific principles, and practical to implement. Many of the services I offer come with continued support for guidance and reviews.

I completed my initial science degree at Massey University and my Post Graduate Diploma. I then went on to gain multiple further qualifications in Animal Nutrition and Welfare, particularly in horses, including Equine Nutrition Advanced at University of Guelph.

Along with my animal and science qualification I worked for many years as aa adult trainer and developer of training material. Specializing in the areas of NZ Biosecurity.

Conscious that today’s horse owner perceives complete horse health to involve overall holistic management led me to gain expert qualifications and knowledge in the area of Herbal Nutrition and Medicine for Horses. I am certified in Herbal Medicine for Horses with the National College of Traditional Medicine (Australia). From there I went on to further study with renowned Australian Equine Herbalists.

I am the only person in New Zealand to qualify as a practitioner in Equine Herbal Medicine and am accredited with the International Institute for Complementary Therapists (IICT). 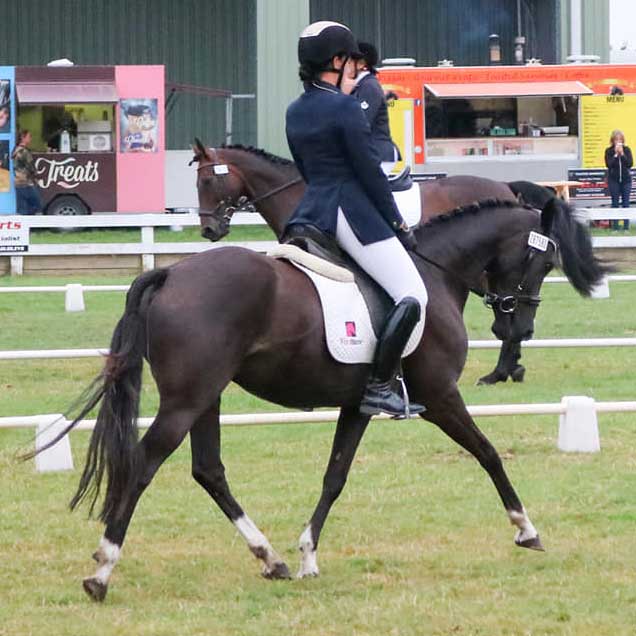 Mineral Imbalances - Dale has been a god send 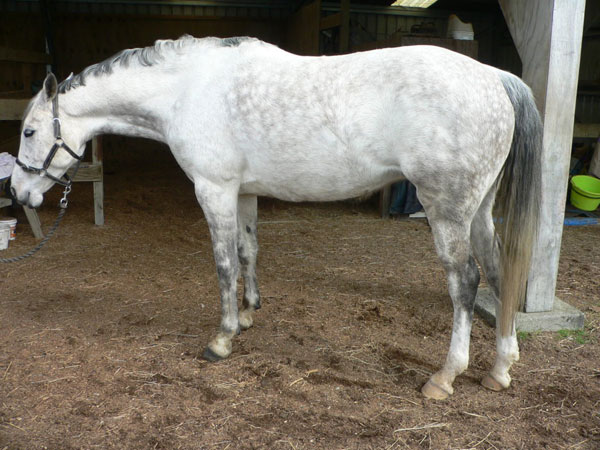 Do you have a mare continually in season? Difficult to control? Are you at your wits end? Fear not, there is hope and I can help. Read all about Christina’s journey and success with her mare below.

My journey so far with Misty has had many highs and lows. I bought her against nearly everyone’s advice and many times I wished I hadn’t. She was everything I said I would never buy. A young Arab Warm blood. A mare. Young and green as grass. Her flight instinct was strong.

She had no focus and was concerned about everything going on around her. Not exactly what I wanted for dressage. She would show stallion tendencies. Neck arching roaring grunting pawing striking and kicking out the back at her worst. It seemed she was in season all the time.

I tried herbal sedatives and anxiety herbs chaste berry liquid and dried. Too many to mention. She had homeopath remedies We had minimal success. Riding her became dangerous at times. She would just spin and put me on the ground. And yet I had glimpses of what she could be and that’s what kept me trying.

I gave Dale Logan a ring to see if she could help. Dale changed her diet and made a herbal remedy up for Misty’s hormones and she was on them for 3 months. After 2 weeks I noticed she was calmer and then week by week she just got better. By the 12th week I had fallen in love with Misty who was trying her heart out to please. It’s now 5 months later and there has been no relapse. 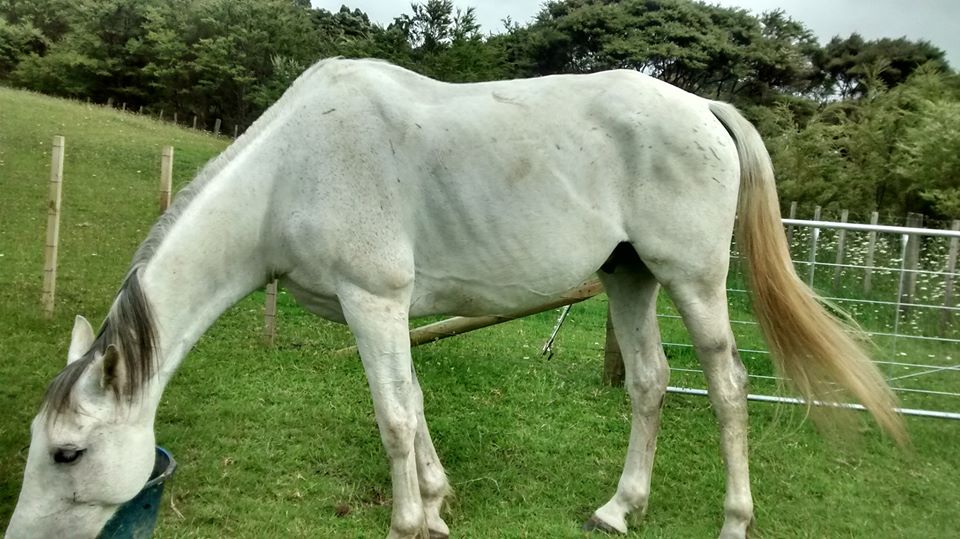 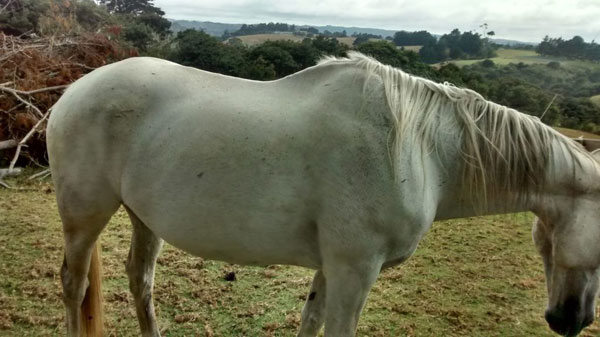 Gut Ulcer Repair in a month

Download our free guide to learn 8 Equine Nutrition Guidelines that will help you meet your horses nutritional needs. ps. Tip 4 can be a game changer for horses that need more energy or condition without heating up their behaviour.

BONUS 1 - you will also receive our Grass Species Identification Booklet so you can empower yourself with the knowledge of your own pasture and learn what is good or potentially causing harm in your horses’ pasture.

BONUS 2 - You also join the mailing list to keep up to date with new programmes, discounts and the latest research interpreted so your can apply it for your horses well-being.

We had spam too and will never share your email with anyone. 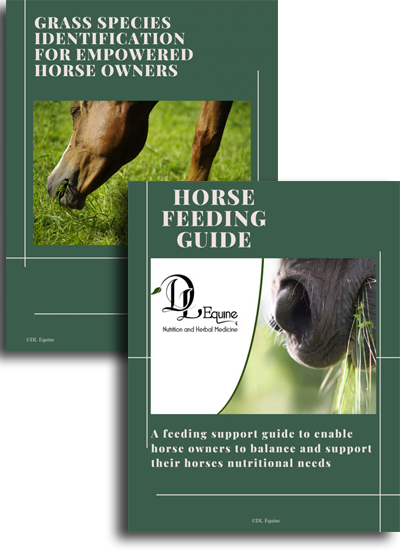